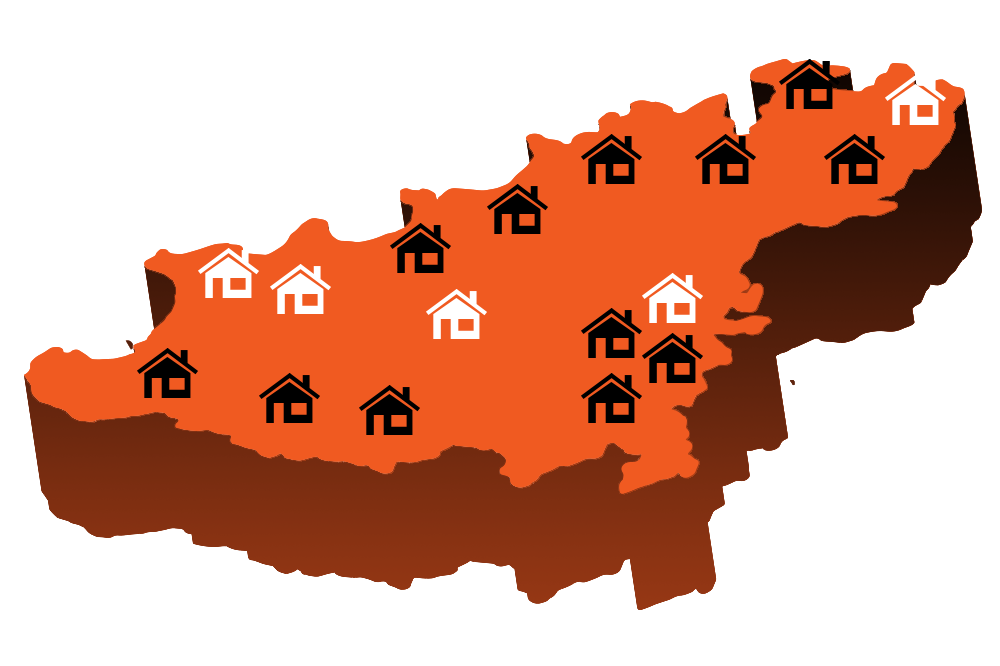 Guernsey is a relatively small island (24 square miles) with limited housing stock and infrastructure. As a way of maintaining a good standard of living for its residents, it was necessary in the immediate post-war years for the States of Guernsey to develop policies to limit the population. This system is still in operation today.

The Guernsey Housing Market is divided into two categories and properties are either classed as being on the Local Market or on the Open Market.

Anyone may own or rent either a Local Market or an Open Market property, however the rules for occupation determine which category of housing a new resident may live in.

Unlike many other jurisdictions, there are no minimum income requirements for potential residents and this makes Guernsey a very attractive option for people seeking to relocate to a lower tax jurisdiction.

Local Market Property may be occupied by:

Anyone who is locally born and who has spent a certain number of years during their childhood on the island.

“Employment permit holders”, whose presence on the island is permitted because of the “essential” nature of their work. Such permits are limited in time and the length of such a permit generally depends on the position the specialist role one would come to fill in Guernsey. These are professionals who cannot be recruited locally.

Anyone who has received an “Established Resident Certificate” issued after a person has held a long-term employment permit for 8 years.

If this all sounds very confusing, please do not hesitate to contact me to help clarify your questions.

The current Housing Control law dates from 1948 when many evacuees returned to the island after the end of the 2nd World War to find that their homes had been destroyed by the occupying forces. Not only was there a lack of accommodation for Guernsey-born people who sought to return, but the island was already being seen as an attractive place to live by those of other nationalities seeking a new start after the austerity of war. Consequently, legislation was approved requiring anybody who was not ordinarily resident in Guernsey to apply for a licence before occupying any dwelling house on the Island. This move was the beginning of what we now refer to as the Local Market.

Guernsey’s government also recognised the value to the community of new arrivals from elsewhere who wanted to settle on the island and in 1952, a report from the Housing Authority on the Island’s housing situation gave the first clear reference to what has become known as the Open Market.

It was clear that some of the island’s larger properties were not meeting the needs of returning locals for smaller, more affordable housing, but that these larger properties were nevertheless very attractive to those coming in from outside the island. Therefore, in April 1957 an amendment was approved to the 1948 law exempting properties with a certain rateable value from housing controls. As a result of other amendments over the years, all Open Market properties were inscribed on a special register which is now closed.  There are currently a total of around 1600 such properties (approximately 7% of the housing stock).

I monitor movements on Housing Stock both within the Local and Open Markets and am able to provide an independent and objective insight into properties in either sector.

This website uses cookies to improve your experience while you navigate through the website. Out of these, the cookies that are categorized as necessary are stored on your browser as they are essential for the working of basic functionalities of the website. We also use third-party cookies that help us analyze and understand how you use this website. These cookies will be stored in your browser only with your consent. You also have the option to opt-out of these cookies. But opting out of some of these cookies may affect your browsing experience.
Necessary Always Enabled
Necessary cookies are absolutely essential for the website to function properly. This category only includes cookies that ensures basic functionalities and security features of the website. These cookies do not store any personal information.
Non-necessary
Any cookies that may not be particularly necessary for the website to function and is used specifically to collect user personal data via analytics, ads, other embedded contents are termed as non-necessary cookies. It is mandatory to procure user consent prior to running these cookies on your website.
SAVE & ACCEPT